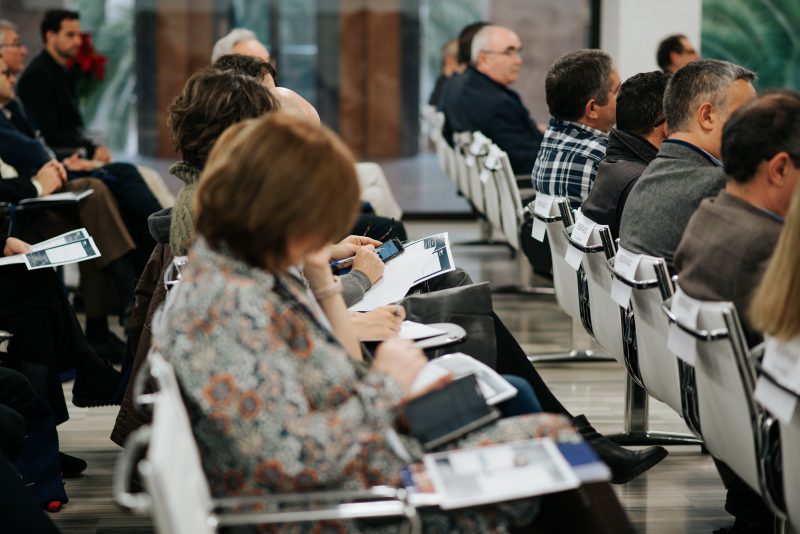 The continuous synthesis of new chemicals and their widespread use resulted in the incorporation of these compounds to the water cycle. Many chemicals, which were not traditionally considered as pollutants, are now found in the aquatic environment at very small concentrations, and their effects on the environment and the human health are not yet well known. Furthermore, no regulations yet exist over some of these chemicals.

What are the emerging pollutants?

Emerging pollutants (EPs) are compounds, commonly generated by new synthesis within the last decades, which are currently ubiquitous in water though generally found at very low concentrations. Precise descriptive information regarding the effects of their exposure to the biota or their occurrence in water bodies is either missing or not yet well described. The physical and chemical characteristics of these compounds may cause adverse effects to the environment and its biota, and/or to the human health.

Emerging pollutants are becoming an increasing risk as they are permanently released to the environment. Currently, WWTPs are not designed for the treatment and removal of emerging pollutants, whereas their bioaccumulative character and the biomagnification effects on human and environmental health are of concern.

Occurrence of emerging pollutants in Europe and its regulation status

The occurrence of emerging pollutants in WWTPs inflows and outflows, as well as in natural water bodies, can be observed both in the liquid and solid matrices. The compounds may be either dissolved in water or adsorbed onto suspended particles, as well as in the sediments.

The concentration of a particular compound in the influent of a WWTP can vary notably among WWTPs, depending, among others, on the type of wastewater disposal (domestic, industrial, runoff…). Moreover, the concentrations of these pollutants may vary seasonally. In addition, the concentrations of emerging pollutants in the effluents of conventional WWTP depend on their suitability to be removed, as well as on the removal capacity of the WWTP processes.

What kind of emerging pollutants can be found in the effluents and influents of WWTPs? Pharmaceutical compounds such as analgesics/anti-inflammatories, antibiotics, hormones and psychiatric drugs, among others; pesticides from industries that manufacture these type of products, from domestic use and, especially, from agricultural runoff; Phthalate esters (PAEs), such as those used as additives in the manufacture of polyvinylchloride (PVC). PAEs can also be found as additives in paints, lubricants, adhesives, insecticides, packaging industry, and cosmetics. Phthalate esters are one of the most frequently found persistent pollutants in the environment. Finally, personal care products (PCPs) such as fragrances, disinfectants, UV filters and insect repellents, are also a source of emergent pollutants.

Although many EPs are under suspect of causing adverse effects in humans and wildlife, only 45 of them are regulated so far (Directive 2013/39/UE).

The EU Commission strategy to combat surface water pollution was outlined in the European Water Framework Directive 2000/60/EC (EU-WFD). This Directive offered the first list of 33 substances or groups of substances to be identified, requiring action priorities at the Community level, the list being reviewed every 4 years. Substances such as DEHP, Chlorpyrifos, 4-t-OP and Trifluralin were listed as priority hazardous substances in the EU-WFD and the final EU Decision No. 2455/2001/EC.

The EU-WFD has undergone several revisions until its current status. The Directive 2013/39/EU updated the list of priority substances and priority hazardous substances. This revision established a watch list of substances for which data have to be gathered through the European Union. These data will support future prioritization exercises in accordance to the Article 16-2 of EU-WFD. Diclofenac, 17-beta-estradiol and 17-alpha-ethinylestradiol, for instance, were included. Contrarily, other EPs, such as Chloramphenicol, Carbamazepine, Ibuprofen, Fluoxetine and Estrone were not yet included due to the lack of knowledge of their impact.

Treated effluent discharges from domestic WWTP in the EU contribute significantly to the occurrence of EPs in EU water bodies. Some studies showed the need for improving the performance of WWTP by incorporating updated treatment procedures that may be able to reduce the EPs load in European water bodies.

To demonstrate an innovative, cost-effective, and highly replicable technology for the removal of Emerging Pollutants in European Wastewater Treatment Plants.

To design a technology capable to reduce the preselected concentration of emerging pollutants as follows:

For this purpose, a pilot plant has been designed and integrated into the WWTP of Benidorm (Spain). The prototype is a mobile plant with a sequential distribution of technologies. First, the water is subjected to a pre-treatment by conventional filtration and ultrafiltration processes (UF). Then, the permeate obtained is treated by reverse osmosis (RO) plus activated carbon (AC), and subsequently to advanced oxidation processes (AOP’s). Additionally, the rejection products (concentrated line) are treated by an Electrochemical Advanced Oxidation Processes (EAOP’s).

The Benidorm WWTP treats 62.320 m3 of water per day (served population of 237.380 equivalent in habitants). This WWTP treats mainly urban wastewater from the towns of Benidorm, Alfaç del Pi, Finestrat, Polop and La Nucia. It comprises a secondary biological sludge treatment with prolonged aeration followed by a tertiary membrane treatment of UF and RO.

The treated water obtained after each one of the three assayed treatments (UF, RO-AC, and EOAP, respectively) was collected for the intensive evaluation of the global performance of the combination and the effectiveness of each of the treatments for the removal of the industrial/agricultural emerging pollutants of the collected wastewater. Once a week, a sample from the inlet (the secondary effluent of Benidorm WWTP) and from the outlet of each level of treatment of the pilot plant was taken, and the emergent pollutants concentrations were analyzed. In addition, some physical and chemical variables, such as turbidity, pH, conductivity, and suspended solids, were also measured. 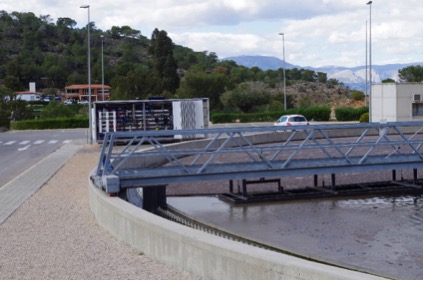 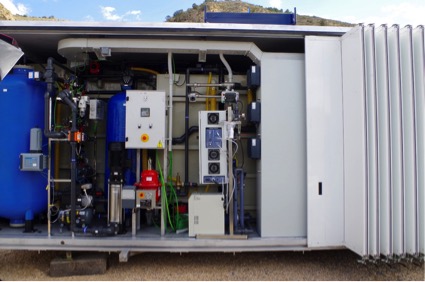 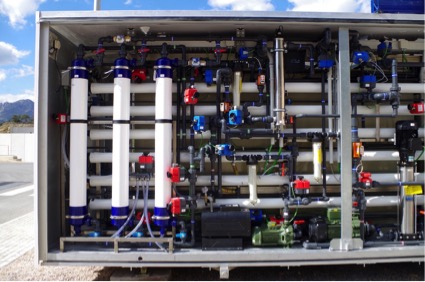 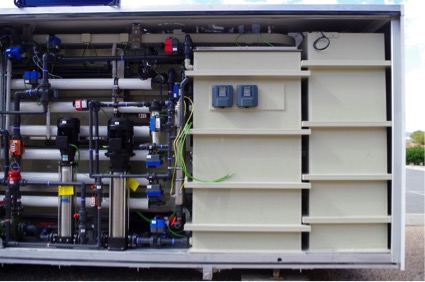 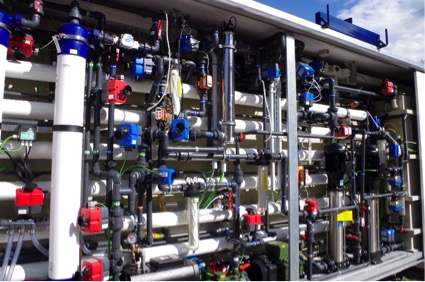 The permeate obtained after the UF process was subsequently treated by reverse osmosis (RO). After the reverse osmosis process, the permeate was almost free of EP’s. This process reduced by almost a 100% the EP’s concentration with respect to the secondary effluent from WWTP, just a few samples still presented traces of glyphosate, carbamazepine, diclofenac and sulfamethoxazole; though the reduction by RO was always higher in these few samples than 86%. The complete removal of the traces of EP’s in these samples was achieved after treating them with activated carbon.

Therefore, the combination of reverse osmosis plus activated carbon after the pre-treatment of conventional filtration plus ultrafiltration was completely effective in the removal of EP’s and consequently, Advanced Oxidation Process (AOP’s) could not be tested as methodology to remove these pollutants since they were already removed by the previous treatments. 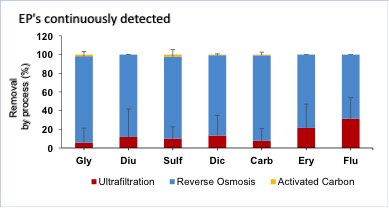 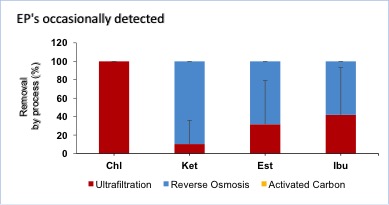 The electrochemical advanced oxidation process (EAOP’s) reduced the concentrations of some of the pollutants present in the rejections or concentrates on the UF and RO processes. These rejections were the inlet to the reactors of the electrochemical advanced oxidation process. The following figures show the percentage of removal by the EAOP of both continuously and occasionally detected EP’s on the concentrates. 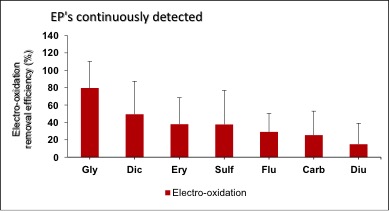 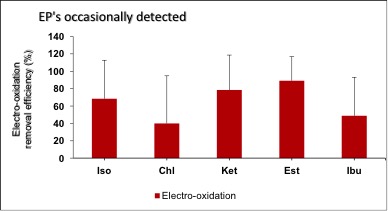 Figure 4. Percentage of elimination by EAOP’s of the EP’s occasionally detected in WWTP effluent of Benidorm that remained in the rejection of UF and RO processes: Iso (isoproturon), Chl (chlorpyrifos), Ket (ketoprophen), Est (estrone) and Ibu (ibuprofen).

The EAOP’s treatment was an effective method of removing contaminants that were rejected from the other methods.

During the entire project, different communication activities have been carried out. The main objective of these activities was to disseminate the results of this project, enhancing the transferability of the best methodology to remove the EP’s in Europe to end-users and stakeholders. 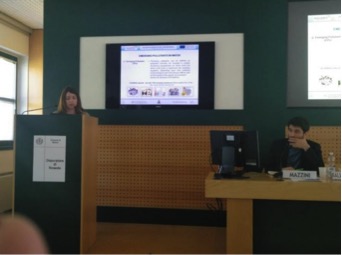 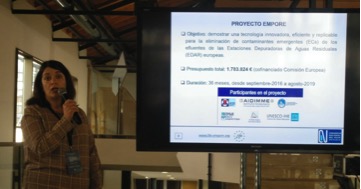 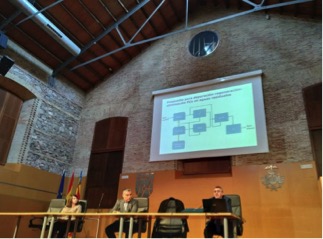 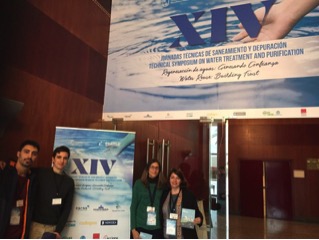 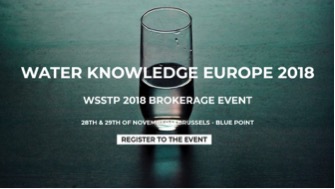 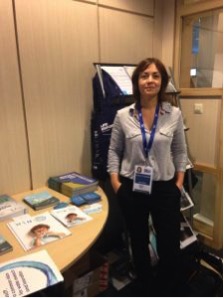 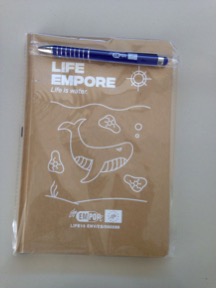 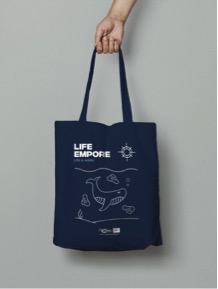